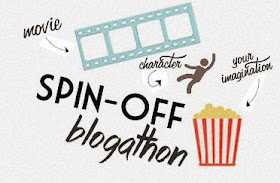 I've never hosted a blogathon - I never seemed to have an idea for it. And then while making one of my lists last week and asking people about its subject on twitter I thought - hey, let's turn that into a blogathon.

The list I was making was a list of characters that were on screen for few short scenes but you would like to see a whole movie about them. Someone so mysterious, fascinating and charismatic that you wish they had more scenes in original film and you just couldn't get enough of them.


Here are the rules:

1. Choose a character that you love and would like to see as a leading character in the movie and write why you chose this character and what that movie would be like

2. Don't choose leading characters or supporting characters with lots of screentime, the goal is to focus on minor characters who have between 1-5 scenes. However if you really loved a character who is on screen for more than that, go for it. 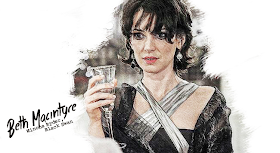 Black Swan is my all time favorite movie and no matter how many times I see it, there is always something new that's bothering and intriguing me at the same time - a single shot that looks odd, mysterious paint of Lily's face that has no business being there (I'm never gonna let this one go, on my death bed I'll still be asking about this), the odd behavior of Nina's mother. And almost every time I watch it I can't help but think how wonderful would a stand alone movie about Beth Macintyre, an aging ballerina, be. 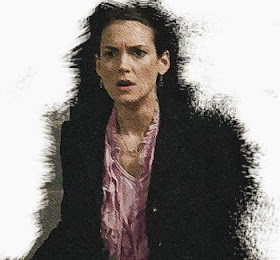 Darren Aronofsky, in his interview for Empire online, had this to say about the casting of Winona Ryder in the role - I cast her because, in many ways, Natalie – not Natalie herself, but someone one like Natalie, her generation – has replaced Winona. I mean, Winona used to be as big as Natalie, if not bigger, and now Natalie is there. And now there's Mila Kunis coming through... I was trying to use their reputations as actors a bit to play off what was happening in the dance world.

As practically every woman in the movie Ryder has physical similarity to Portman, to the point that I always thought it was her standing in the room, all bloody, when Nina gets back home from visiting Beth in the hospital. It took a lot of zooming in and editing to see that it was actually Portman standing there. 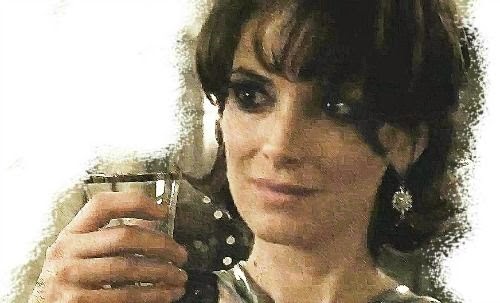 In the first draft of the script Beth had a handful more scenes. In this version, Nina was a 'friend' of hers - or to be more accurate she was hanging out with Beth a lot because she admired her so greatly. In the actual movie the first time we see Beth is after she trashes her own room and then yells at Nina, who is startled and scared. Nina goes into Beth's room and admires it, as well as Beth's things.

Beth is angry because her mentor and lover Thomas is replacing her as the star of ballet and he is forcing her to the early retirement. Beth doesn't want to go and it's clear that her fame and career are the most important things to her. 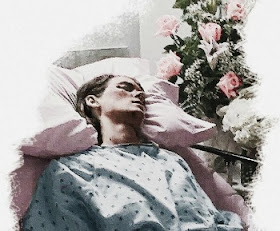 The next time we see Beth is when Nina is announced as the new Swan Queen. Beth is visibly upset when Thomas announces that she is leaving the company and then, drunk and erratic, she starts screaming at poor Nina in the hallway. She then lashes out on Thomas and proceeds to yell after Nina that she should enjoy it while it lasts and make the most of it.

The next we hear of her she tried to commit suicide by throwing herself in front of a car. Thomas remarks how destructive Beth is and that it is one of the reasons she is such an incredible artist. She survived her suicide attempt but her leg is badly broken. Nina comes over to see her in the hospital while Beth is unconscious. 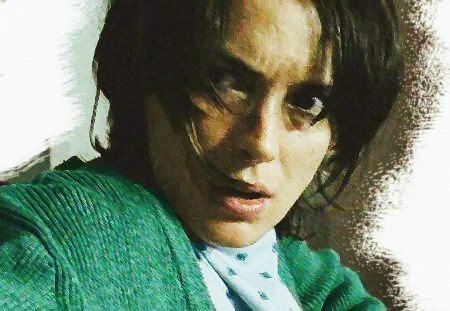 The final time we see Beth is when Nina comes over to give back the things she stole from her - the earrings, the lipstick, the nail filer. Beth seems shocked and slightly amused that Nina stole her things. She starts saying that she is not perfect and she is nothing after which she starts stabbing herself in the face. What happened in this scene - whether Beth stabbed herself or Nina did - she drops a bloody filer in the elevator - is left ambiguous. We never hear of Beth again in the movie. 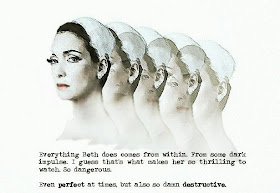 While most people subscribe to the straight froward theory of Black Swan being a look inside the mind of mentally disturbed young woman, I always liked the horror explanation - the possession theory on which I wrote a lengthy article about - the most. In my theory the ballerinas - Beth and Nina - are possessed by some sort of force. The first time, apart from the opening Black Swan title card, that we hear the mysterious laughter is when Nina picks up Beth's lipstick - almost as if the destructive force was going inside her then. And then after Nina takes Beth place - perhaps in more ways than one - Beth is tossed aside and almost dies.

I'd love to see a prequel movie about Beth - how she became who she is and how devastated she was knowing her fame and her 5 minutes of being the one is slipping away. While Black Swan was about the rise of Nina, the movie about the rise and inevitable fall of Beth would be just as, if not more so, interesting. With such strong horror undertones and Beth and Thomas being much closer than Nina and him, I think that would make a very sensual, creepy film.

If it was to go on horror route perhaps it could explore just what Beth did to become the most famous ballerina in the company - sold her soul, perhaps? Or was she just a victim of malevolent force living in the theater? Think Suspiria but with more focus on just one victim, not many and with demonic force instead of witches.

And finally there is the Winona Ryder factor. As much as I love the movie and it is my all time favorite film, a little part of me is saddened that Aronofsky didn't make Beth a central figure of the movie - giving Ryder the comeback she deserves. 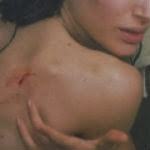 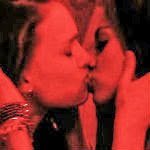 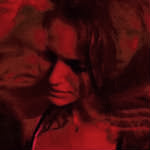